Last Monday we arrived at the Fleetwood Manufacturing Plant and were given the RV site #34 to park in. On Tuesday we took the fantabulous tour of the plant.  On Wednesday they called us in for our turn to be evaluated.  We did not have a scheduled appointment so we were considered a drop-in which meant our issues would be addressed after the RVs with appointments were serviced. Once they determined what needed to be done, they had to get approval from our extended warranty people and on Friday morning we received a call around 6 am that they were going to come get Dora and us to have the approved work done.   They successfully replaced the part for the air suspension however when they replaced the O-rings on the dash a/c it was still leaking so they replaced it again and it was still leaking.  They determined it is a hose that needs to be replaced and of course they don’t have one.  A company in Fort Wayne, Indiana can make one but they don’t have the end caps.  They are pretty sure they can get those in on Monday.  They also need to replace a a/c dryer which had to be ordered and should be in Monday also. Our extended warranty is paying for most of this, for which we are very happy!

There really isn’t too much to do around here which makes this long wait even harder.  We’ve toured the local K-Mart, Salvation Army and Wal-Mart just to have something to do since we couldn’t go too far away in case Dora was called in. Yesterday we had a big outing to the Village Green Cleaners.  We haven’t been hooked up to water in over a week so the laundry really piled up.  For those who do not have an RV, we have a fresh water tank for use in washing dishes, flushing the potty and taking showers.   None left over for doing the laundry.  Roy and I drove over to the cleaners with our huge bag of laundry and a bag full of quarters.  I do not remember ever using a Laundromat so I needed some help and instruction.  The only person there was a young Amish man doing laundry.  He was very nice and polite and showed me how much money to put in and how to operate the dryers.  He had about 8 washers running and seemed to be doing his whole family’s laundry.  I didn’t think that Amish used motorized equipment like washers and dryers and certainly didn’t think that the young men did laundry.  I wanted so badly to talk to him and ask him things but I was surprised how intimidated I was of him.  He washed, dried and folded everything himself.  I saw lots and lots of black clothes, white ladies caps, a blue bedspread and a green one and a few royal blue colored clothes.  He spoke good English when he spoke to me but when his family came to pick him and the laundry up they spoke to each other in part English and part Dutch or whatever they speak.  I had my Kindle with me and was reading from Hebrews while he read from his Bible which oddly enough was a Gideon Bible.  These are the kinds of experiences that make RV life special.

The weather has been wet, windy and cold this week which made us not want to get out too much.  Saturday afternoon the sun came out and it wasn’t raining but was still windy.  We decided we needed to get out and enjoy the day so we went to see some of downtown Decatur.  What a nice surprise it was to find a really neat town.  There are several sculptures at various spots downtown and due to the Fall season there are many big planter pots decorated by a company, group or organization about 3-4 per block.  I found out that the city is decorated getting ready for the Callithumpian parade later this month.  The folks here vote on their favorite decorated pot and the top three win a prize during the Callithumpian festival.  I have no idea what Callithumpian means but they have a sign hung over the main street announcing it!

I tried to take pictures of all the holiday decorated pots plus the metal sculptures that are permanently there. It’s fun to get out of the car and stroll down the streets of a totally unknown city.  I felt really safe and everyone I saw (which wasn’t many) was friendly. 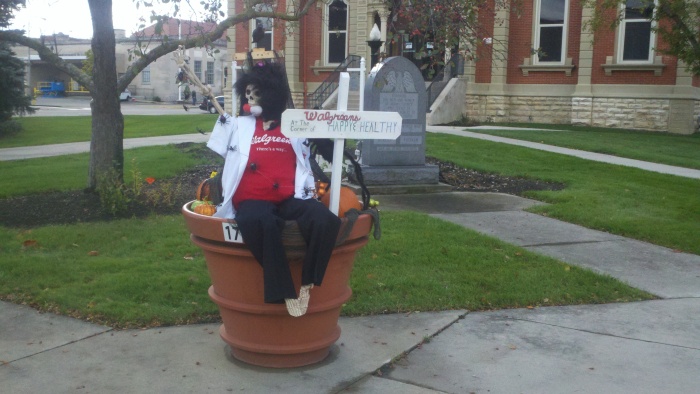 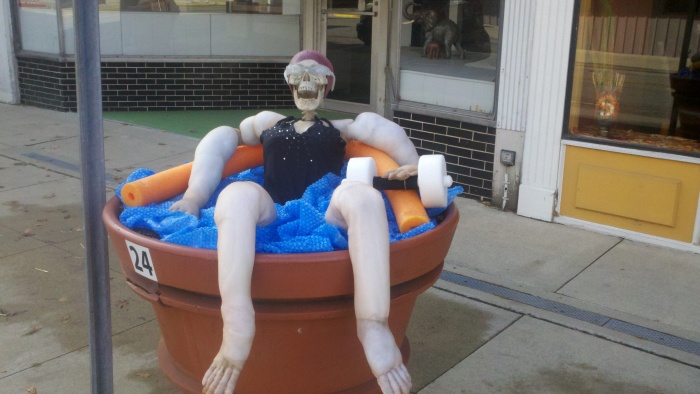 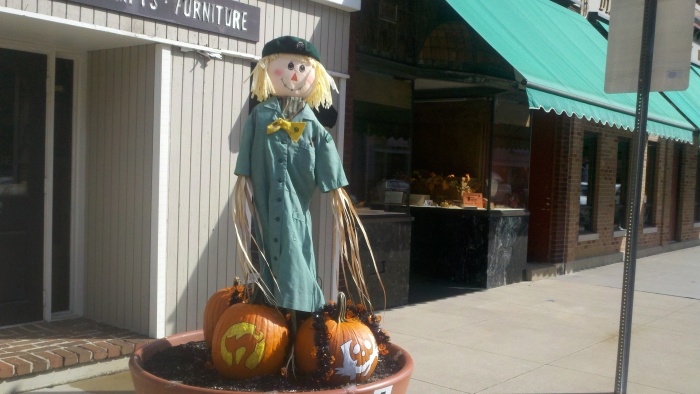 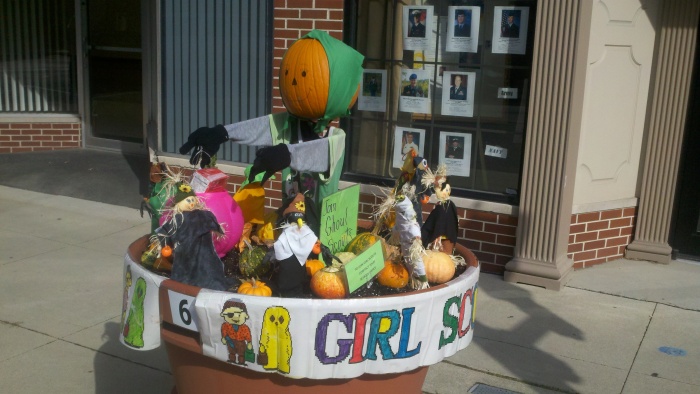 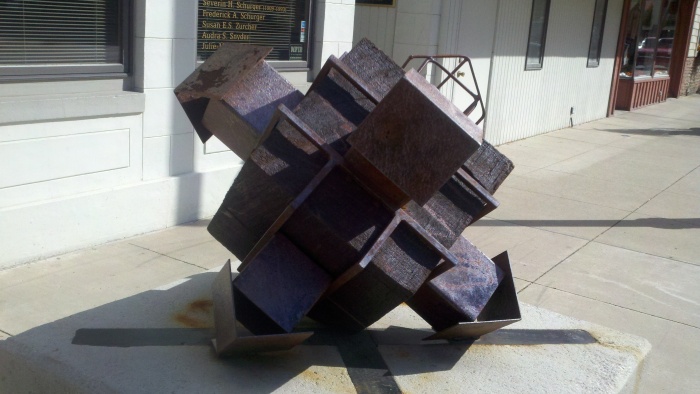 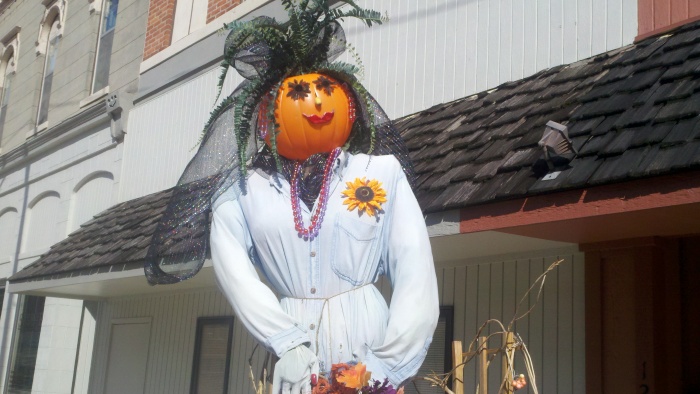 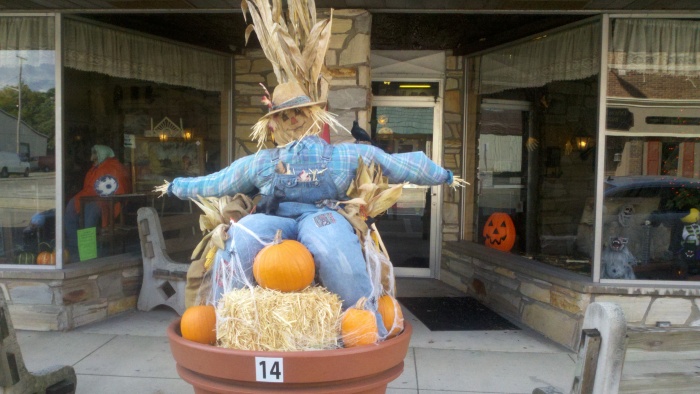 We’ve found a Baptist church nearby for us to go to tomorrow. Hopefully, hopefully, hopefully we will be able to leave here Monday or Tuesday to go south to Kentucky.  Ya’ll have a great weekend! Our Southeastern Lions and LSU Tigers play this evening (not against each other so I’ll close with Geaux Lions and Tigers!

And ya’ll come back now, ya’ hear!