Roy and I ventured into San Diego to do some shopping and found the local grocery store/hardware store all in one building.  We of course had to try on cowboy hats! What ya’ll think??

We found several things here that we probably wouldn’t see in a Louisiana grocery store (unless it was specifically a Mexican or Spanish store). There were several odd things but I only took pictures of a couple of them. Don’t want to arrive in a new town and immediately become known as the crazy woman who takes random pictures in groceries stores! At Wal-Mart I was looking for a bag of chopped onions. What I found was about 10 different bags of seasonings I’ve never heard of and one bag of onions!!

Here’s an RVillage update on number of members! It’s growing tremendously and people are enjoying connecting through this! 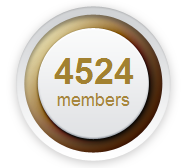 Our oldest son’s 35th birthday is today!  I don’t think he reads our blog but in case he does, Happy Birthday!!!

Ya’ll come back now, ya’ hear!  Okay – big question time – Do ya’ll spell ya’ll like I do or like the dictionary says it should be spelled y’all???