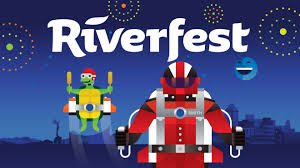 Tuesday, June 2, 2015 – We went into Wichita today expecting to see a big event in Riverfest.   It’s probably a whole lot better on the weekend but the Monday activity was very sparse.  A lot of food vendors, a bunch of kids games in the Kid’s Corner, a Ferris Wheel and that’s it.  We received a brochure with a map so we knew where everything was and we went to all of it.  There was also a list of events for each day in the brochure, and the Monday list wasn’t very long.

Like I said I’m sure the weekend is much much better but they have it open during the week so I think there should be more going on.  We arrived at 2 pm and since there wasn’t much to see we stayed until 4 just walking around and looking at the city.  There was music planned for 6 but we don’t wait too well so we didn’t!

We enjoyed seeing the city of Wichita.  It is a very pretty and clean city.  Many of the building’s architecture are very unique.     The pictures below are ones I took of the area we covered as part of Riverfest.  We got in a lot of walking.  The city is way bigger than what we saw but I was thankful for the exercise we got! 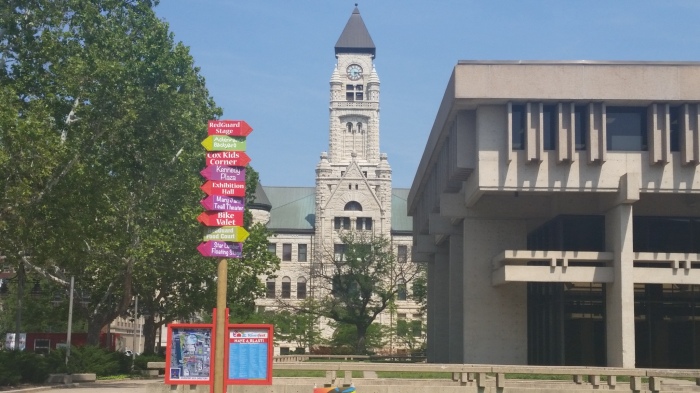 We did do three really cool things.  One was riding the Ferris Wheel!  Took several pictures from up high and you can see the city well from that vantage point. 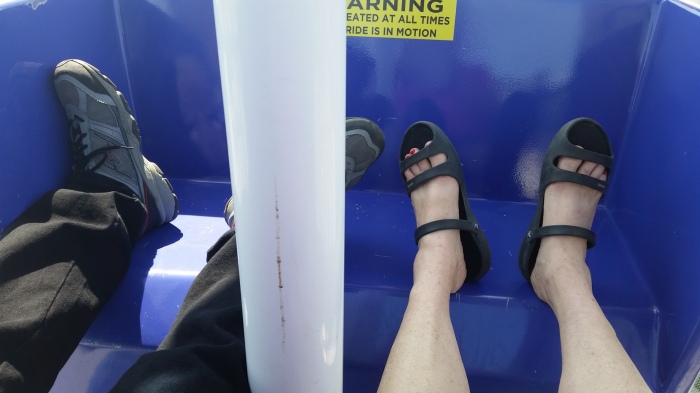 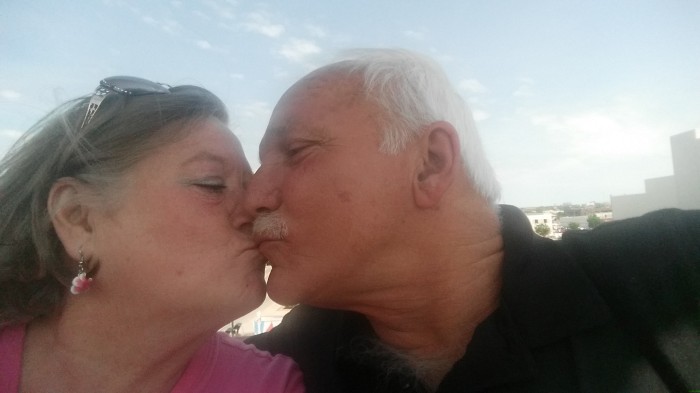 The second cool thing was that we both posed for pictures for Sweet Baby Ray’s BBQ Sauce and got free bottles of the sauce for doing that.  They emailed us the pictures they took and they are below too.

The third cool thing was that this old girl got to participate in the children’s Make Art in the Park.  There was a very long table with lots of crafts going on and little children sitting around doing them.  There was an open spot and I asked if it was just for kids and they sweetly said it was also for the kid at heart! It’s fun to get to be a kid again sometimes!

Me in front of the Halstead Kansas Post Office getting ready to mail a goodie package to Madisyn! 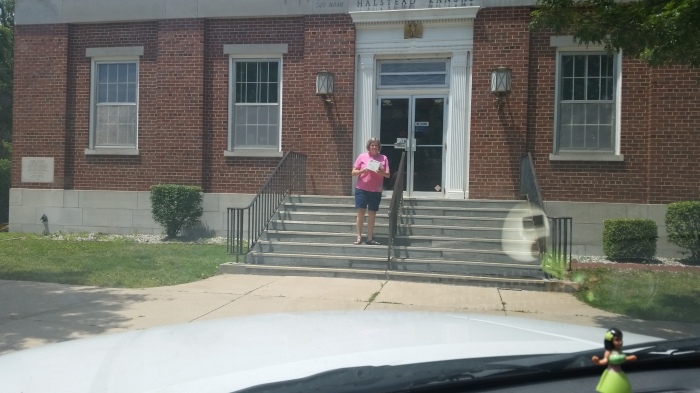 That’s about all the excitement we could stand for today so I’ll wrap it up here! I’ll write again after we visit Strataca and Cosmosphere in Hutchinson on Wednesday.