Monday, August 7, 2017 – Last Thursday we planned to go to two places.  One of them worked out and it was really cool!

Ghost Town Museum was created in 1954 from a desire to preserve Colorado’s Wild West era for generations to come. This ghost “town” is an indoor collection of the very structures that were left to decay around the Pikes Peak region, all looking much as they would have 100 years ago. An impressive array of everyday artifacts is displayed in each building.

Ghost Town Museum serves as a permanent example of Colorado’s Wild West towns. There are many hands-on activities for the young and old: Crank a butter churn. Operate an old-time arcade or nickelodeon. See a short film on the gold mining era. Pan for real gold in the seasonal panning areas!

Your thoughts when you read that this was an indoor museum were probably like Roy’s and mine.  How could this possibly be great or in anyway realistic, yet it was!  As soon as we walked into the huge room that is the ghost town you feel like you are outside and way back in the Wild West!

There are over 50 photos I chose out of around 200 that we took.  There was just so much cool stuff that I couldn’t bear to leave out many! 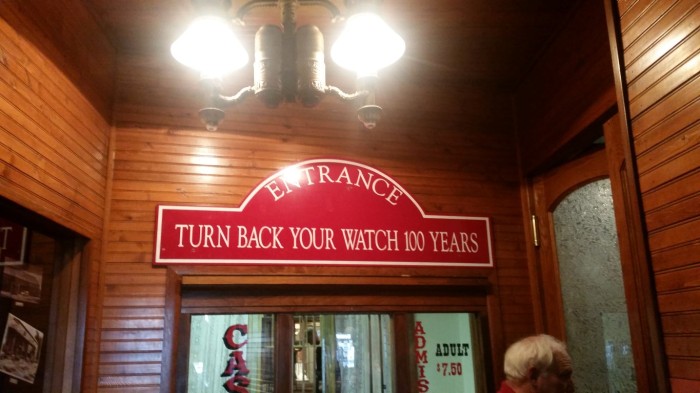 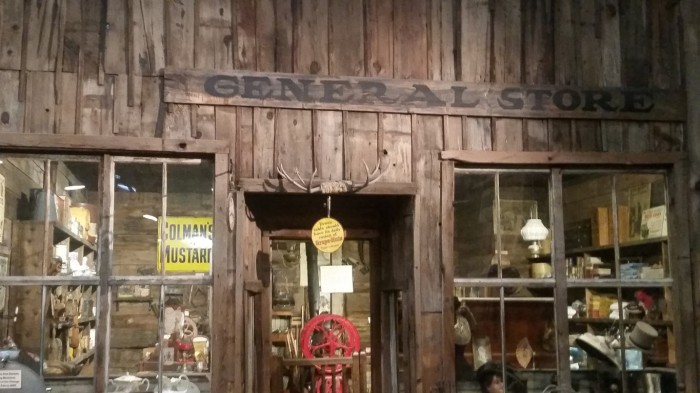 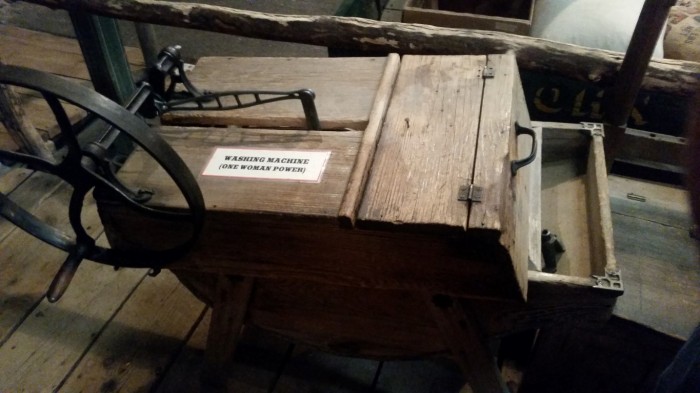 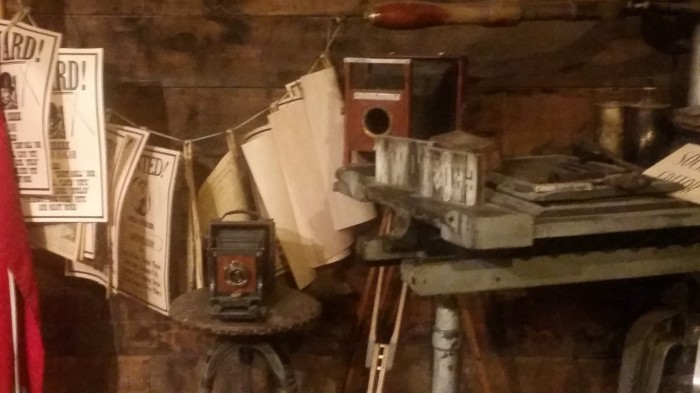 Look at this cute guy I found in one of the buggies! 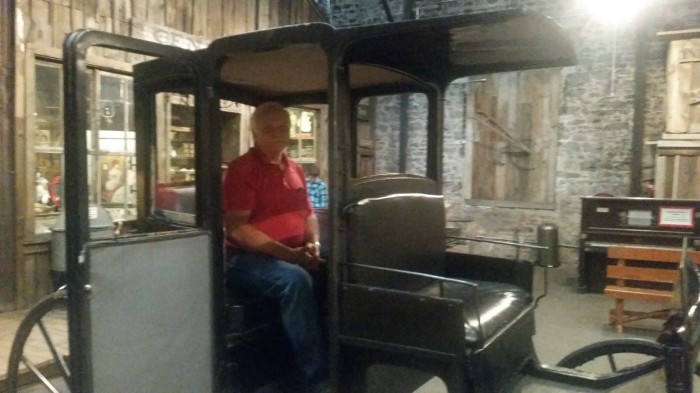 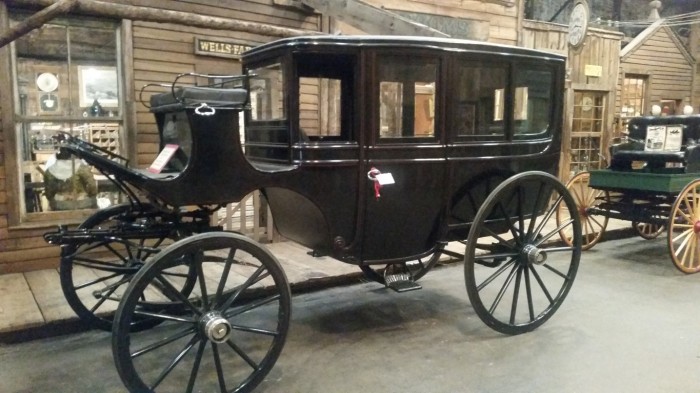 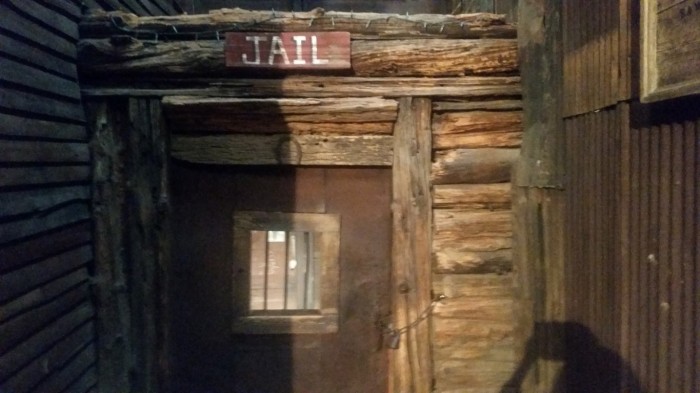 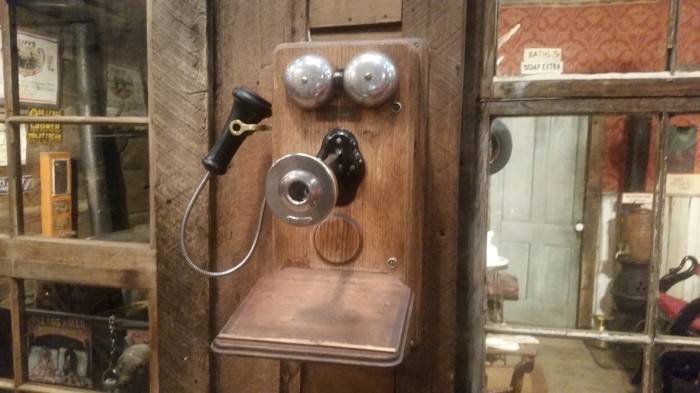 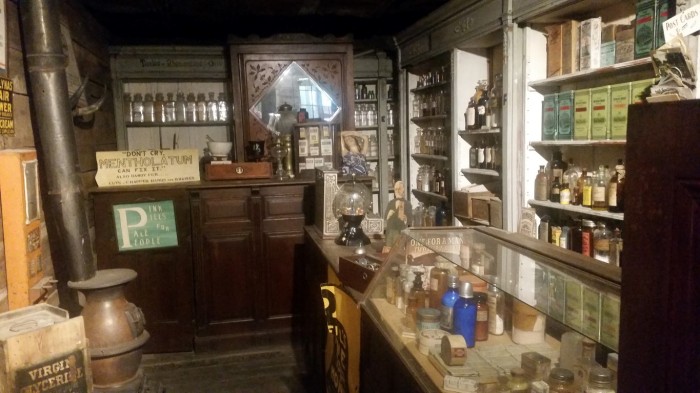 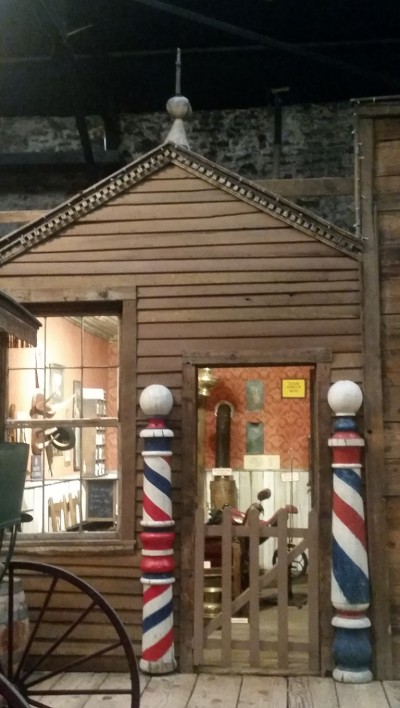 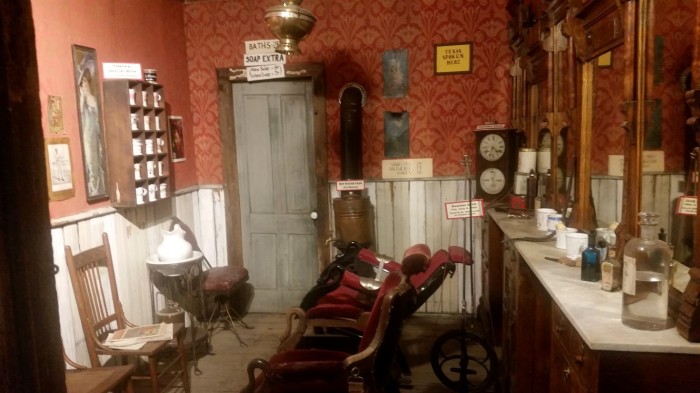 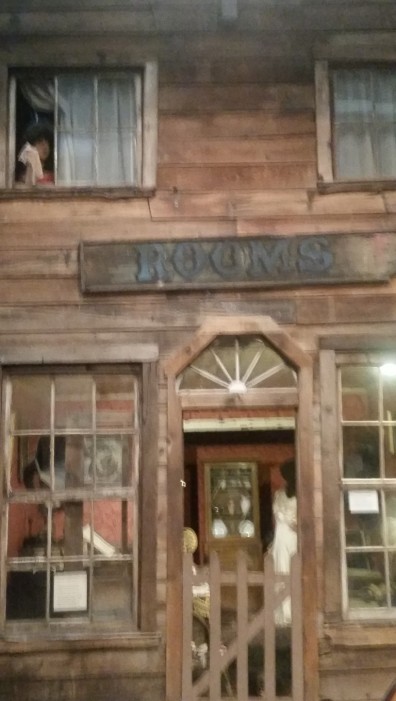 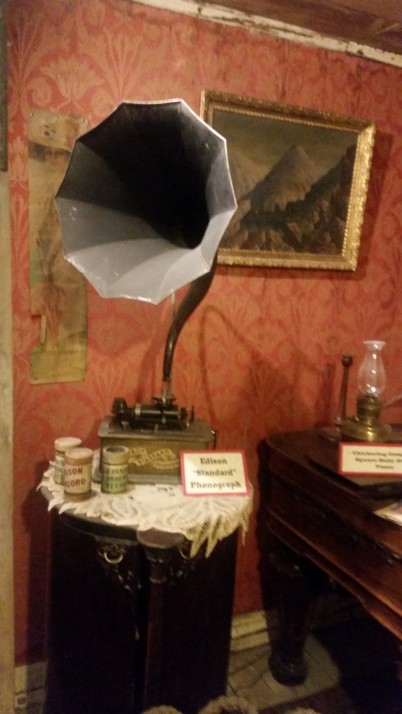 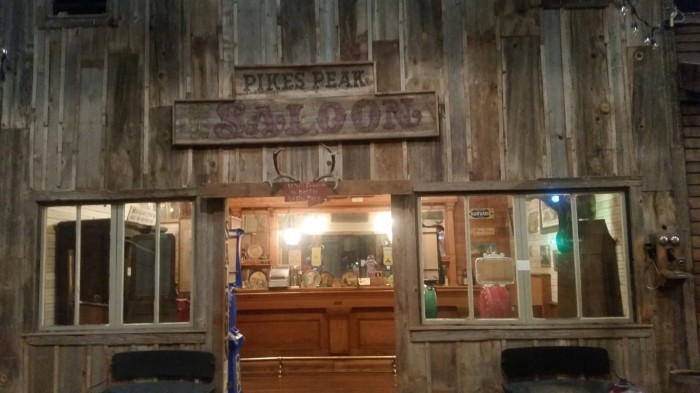 Oops, I got caught in the Saloon!!! 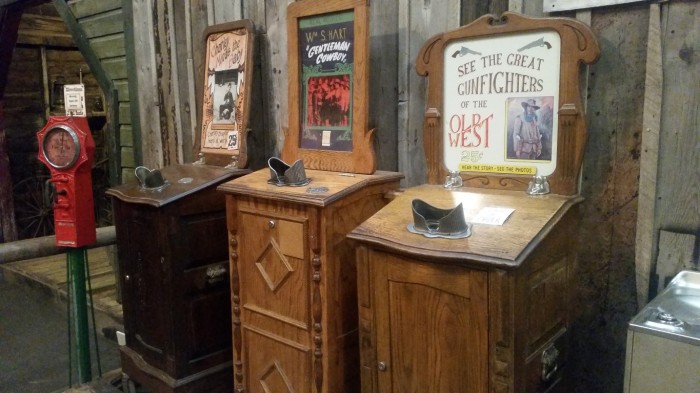 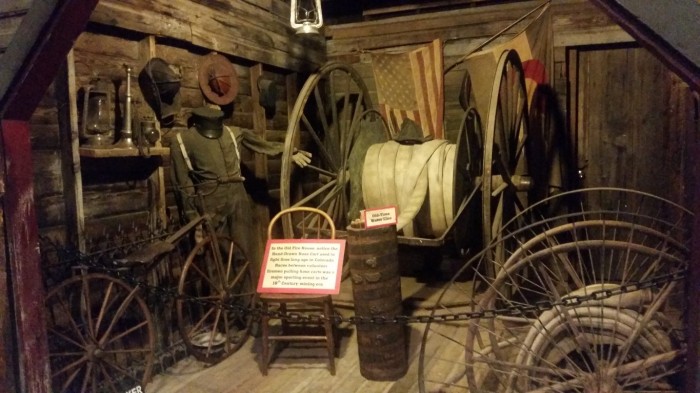 Roy was trying to hitch a ride on this stage coach! 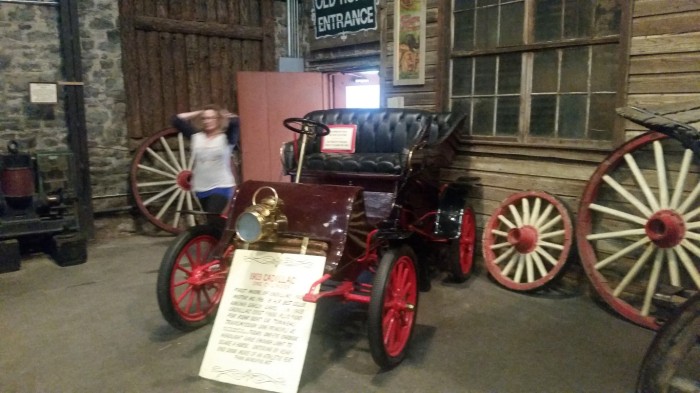 They had two of these funny mirrors like we use to see at Pontchartrain Beach in New Orleans when we were growing up.   This one made my legs look so short in the mirror.  The other shows what Roy and I would look like if we were really thin! 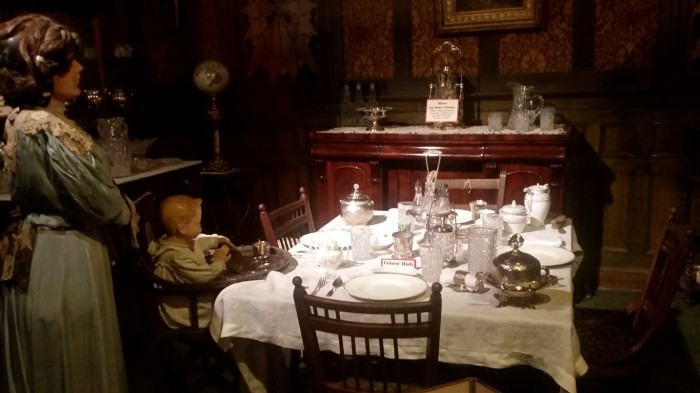 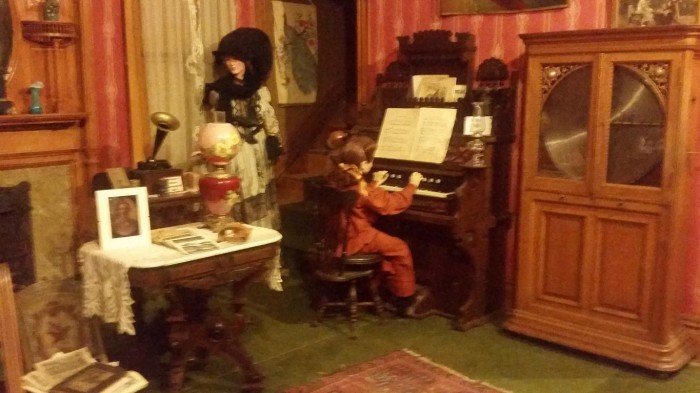 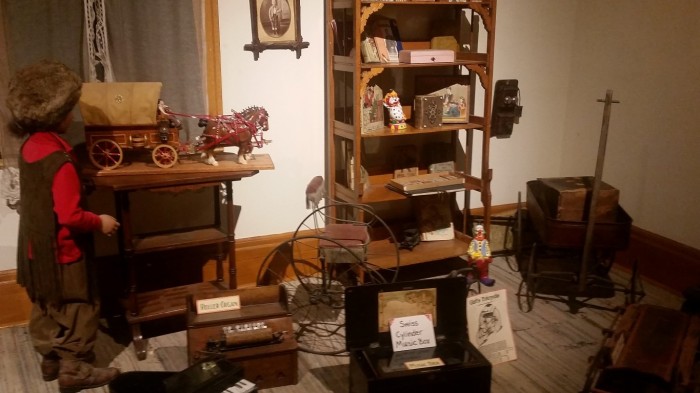 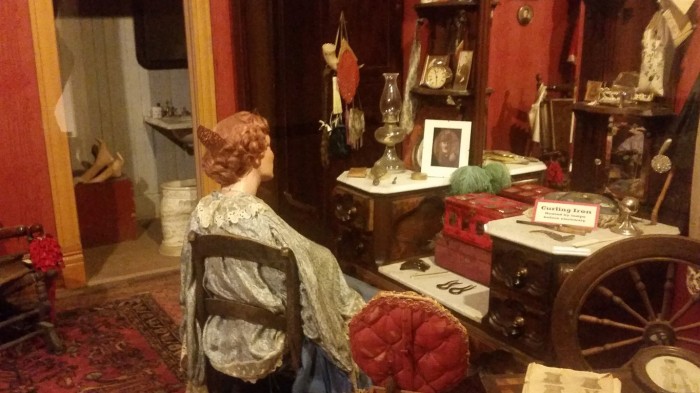 A portion of the town seen from above

The gift shop was great!!

I was a happy lady getting to see all that!

When we arrived I hid two rocks. They were both still there when we came out but later someone found the chick/egg one and posted the find on Facebook! 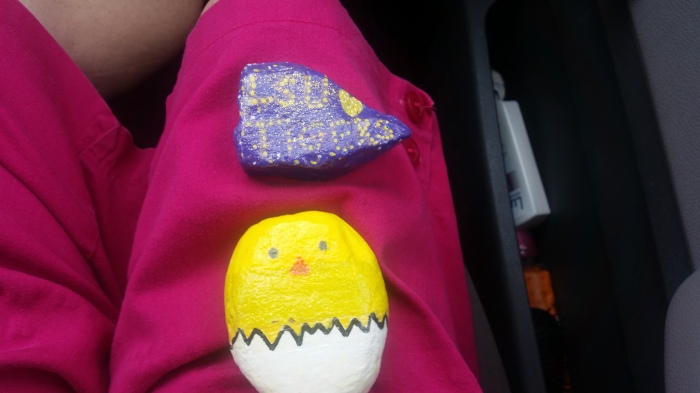 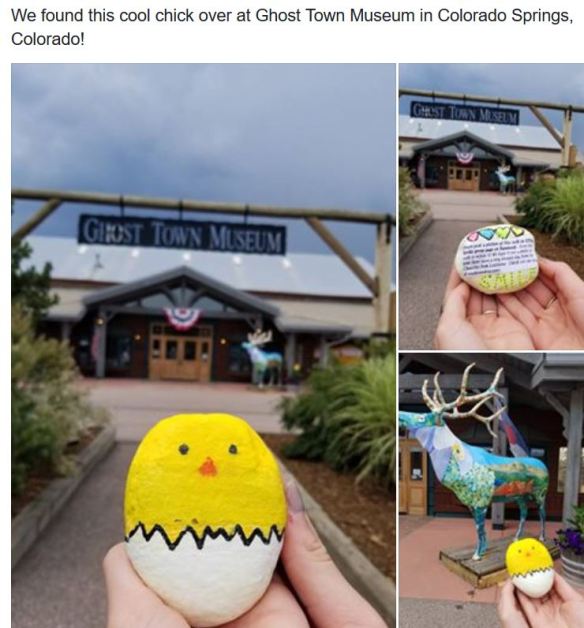 The other thing we planned to see was the Pioneer Museum in the Old Courthouse in Old Colorado City.  We parked near where we thought it was and walked around for a long time trying to find it.  Roy finally figured we had something wrong and that the museum was two miles away.  Even thought we didn’t see what we planned to we enjoyed strolling through Old Colorado City and I of course left some rocks there.  One was found and they posted it on Facebook.

Since we had not killed ourselves with exhaustion yet we went to Walmart to get groceries and left a few rocks outside the store.  Three rocks were found by this cute girl below! Her mom gave me the okay to post her photo. 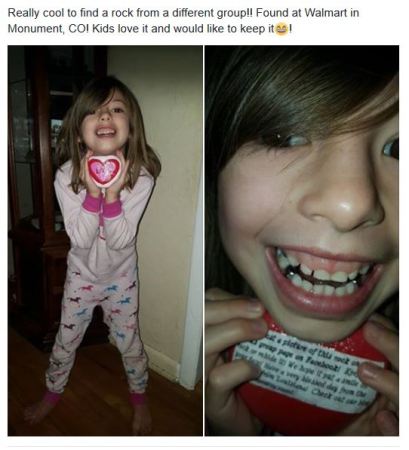 This rock was left in Russell, Kansas while we were there last week and was just posted as found on Facebook! 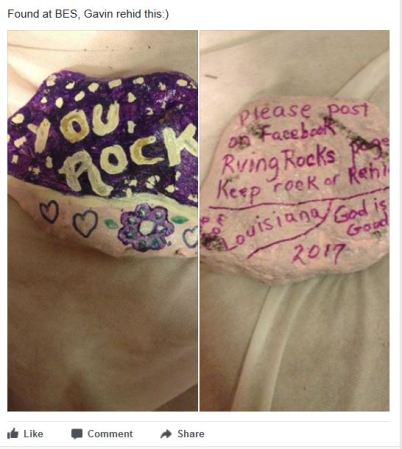 It was hidden again and this young girl found it!