October 26, 2017 – It’s hard to believe that the original blog below was written almost three years ago.  There are still questions I have that I hope will be answered when we visit the new neurologist on November 9th.

In the blog below I was taking Aricept

Aricept (donepezil) improves the function of nerve cells in the brain. It works by preventing the breakdown of a chemical called acetylcholine. People with dementia usually have lower levels of this chemical, which is important for the processes of memory, thinking, and reasoning.

I started taking it 6 years ago.  Namenda was added to the Aricept about one year ago.

My brain has changed so much that instead of the medicine helping, I started having this very debilitating side effect so I was taken off of them and put on Exelon Patches, tiny round patches that deliver the medicine through the skin.

After a few weeks on the Exelon Patches, the lightheadedness came back strong.  That was the end of that and as of right now my doctor is trying me on half of the original strength of Aricept to see if that will help without the lightheadedness.

Without the medicine the real condition of my dementia is showing quite a lot. I hope to have a couple of good weeks on the half strength of Aricept before I see the new neurologist so I’ll be able to let her know if that works or not.

I didn’t plan to publish a new post today. After Wednesday’s visit to my neurologist (I call him my brain doctor) I changed my mind.

I open my personal life on my personal blog but have only shared about my mama’s journey through Alzheimer’s on this one. I am sharing my story because it is different than someone with Alzheimer’s but it includes memory loss and thinking deficiencies you may see in a loved one. I’m hopeful that knowing my story may help someone and that’s my whole intent in anything I write about.

I’ve known for about three years now that I have many lesions in my brain (I call them little holes) caused by having multiple TIAs (Transient Ischemic Attacks – mini strokes ). I also knew that I had atrophy in my brain but the emphasis originally was placed on stopping the lesions from increasing in number, until now. Since the initial diagnosis and for quite a while before that, I realized my memory and thinking were not what they use to be. I have a high IQ and was always able to do multiple things at once and the decline in a couple of areas (short term memory and thinking) had become very noticeable to myself and my husband in the last 5 years or so.

Three years ago, after a series of psychological testing by Dr. Susan Andrews a neuropschologist followed by numerous

medical brain tests by my neurologist Dr. Morteza Shamsnia, I learned about my circulatory problem, the lesions and some brain atropy. Dr. Shamsnia prescribed Plavix (a blood thinner) to prevent more TIAs and Aricept which you all probably know as a medicine for Dementia patients with mild to medium cases (early to middle stage) to improve memory. I am hopeful it will help improve my memory and thinking.

I was also told that I had to diligently use my CPAP for the sleep apnea which I have. I wasn’t good about using it until then and unfortunately the lack of oxygen may have opened the way for the multiple TIAs I’ve experienced. Since then I find I cannot sleep if it’s not on me. I see this as God’s way of pushing me to do this important thing to stop these TIAs.

At a visit a few weeks ago, my neurologist said he wanted a new MRI to submit with my request for Social Security Disability which I plan to pursue. I had the MRI shortly after that appointment and returned yesterday to see Dr. Shamsnia to get the results. The good news is that there are no new lesions so the Plavix seems to be doing its job. I brought him the computer chip out of my CPAP (it records every time I use it) and he could see I use it all the time. Yay for me finally listening to a doctor and doing what he tells me to do! He told me that because of the importance of this to my brain’s health, I should get a back up battery for it should we ever lose electricity at night.

Now that the increase in lesions is under control, the focus shifts to cerebral atrophy (shrinking brain). I haven’t followed up with as often as I should have or this focus wouldn’t have taken so long to come up. In his words, I have significant brain atrophy far more than someone my age should have. I have had it for a while but we don’t know how long and we also don’t know the cause of it.

Here’s a brief definition of Cerebral Atrophy I found at the National Institute of Neurological Disorders and Stroke website:

Cerebral atrophy is a common feature of many of the diseases that affect the brain. Atrophy of any tissue means loss of cells. In brain tissue, atrophy describes a loss of neurons and the connections between them. Atrophy can be generalized, which means that all of the brain has shrunk; or it can be focal, affecting only a limited area of the brain and resulting in a decrease of the functions that area of the brain controls. If the cerebral hemispheres (the two lobes of the brain that form the cerebrum) are affected, conscious thought and voluntary processes may be impaired.

I didn’t know this to ask whether mine is general or focal. I also didn’t think to ask him what percentage my brain has atrophied. I need to bring my husband for my next visit so all the questions are asked. Dr. Shamsnia didn’t mention Dementia and I have to admit that I was terrified to ask the question so I do not know if that is part of this but the definition of Dementia is filled with symptoms I have.

Dementia is characterized by a progressive impairment of memory and intellectual function that is severe enough to interfere with social and work skills. Memory, orientation, abstraction, ability to learn, visual-spatial perception, and higher executive functions such as planning, organizing, and sequencing may also be impaired.

I will have to work up the courage to ask about dementia at my next visit. You’d think I’d be comfortable asking about it 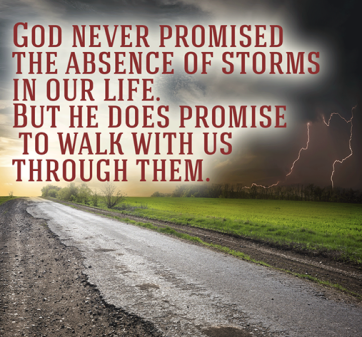 since I write about it but since its me, my fear kicked in. I should have asked because then I could face it or scratch it off of my concerns. I know that God will cover me with his love and as always will walk with me through this storm as He always has.

The causes for cerebral atrophy are: 1-Stroke (he says mine were just mini strokes and wouldn’t cause the atrophy), 2 – Malnourished (ha! I definitely don’t look malnourished BUT a vitamin deficiency of some sort is in that and could be the cause), 3 – Brain injury (which I’ve never had that I know of).

Because the main probability for me is a deficiency of something, the next steps are to see what my family doctor does blood work for (I had a blood test Wednesday morning). If my normal test doesn’t include things that I could have a deficiency in (causing the atrophy) Dr Shamsnia will order those tests. Once we know those results, he will know what to address to start putting an end or slow down to the continuous atrophy. People my age normally have approximately a one percent brain size loss each year until they die. Mine is not a normal amount. I’m also to try to get copies of any brain MRIs I’ve had in years before 2011 to see what showed up then. 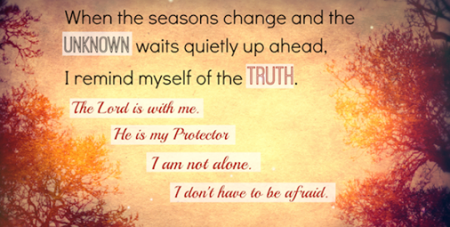 I have an inability to take care of two things at once any longer, much less 5 things. If I cannot focus on the one thing I’m doing or have any interruptions I don’t produce the quality of work I strive for. I still live quite independently but my Hero husband has learned to pick up the slack in our daily lives and helps me remember things all the time. Having a phone with a memo pad on it and Google calendar alarms help a lot!

Dr. Shamsnia says that me doing the research for, and compiling the three blogs I publish, is excellent for keeping my mind active. Oh, and spell check on the computer helps disguise the deficiency in my typing that has been very apparent in recent years. I can still type 100 wpm but my one mistake I’d make has changed to 10 mistakes. My brain just doesn’t tell my fingers the correct words but spell check saves the day! Our RV lifestyle is also good for it, since when we live on the road most of the real life responsibilities are greatly reduced. God has guided us through this life changing process and I am so thankful He is there every day with us.

Dr. Shamsnia is putting together a letter to Social Security detailing my journey and I’ll be applying online shortly. He feels that with his documentation I will be able to get it. I will share with you that journey as it maybe helpful to someone doing that for themselves or their parent with Alzheimer’s. Social Security disability is a mysterious world to me, so if anyone has any advice please share!

I’ll get back to sharing information about Alzheimer’s and will include, when I have them, updates on my brain atrophy. I have to admit I have a deep concern that some of the things I’ve shared about what Alzheimer’s does to someone, are the things I may face. There I’ve said it out loud. My son and husband already know that what I write to you all is also written to them in case I need them to know these things I find important for caregivers.

Enough of that, ya’ll have a fabulous weekend!

Dora and the Explorers published randomly