Monday, January 22, 2018 – When caring for someone with dementia it is important to get into their crazy little world.  Living in your normal world while they’ve gone over to a wild and wooly world doesn’t help either of you.  Caregivers have to see things from a different angle than with most patients.  When I read this article I thought that this is a wonderful description and example of ow a caregiver was able to figure out what was going on in the patients little world.  Both patient and caregiver benefit from searching for what works with your specific patient.  One of the biggest things to always remember with a person with dementia is “It’s not the person, it’s the disease”.  The patient absolutely does not mean to be mean  and they do not know how to communicate with the caregiver what they really need. I thought this article was something that would help all caregivers so please read this and if you want more information like this go to the Alzheimer’s Reading Room by the link below!
I think we were blessed that mama was never really mean to us.  She was always loving and thankful for every little thing we did, even when she didn’t know who it was that was doing it for her.  The only times she even said anything negative was when she told us “the food here is not fit for a dog” and “those people upstairs keep the air so cold in here”.  Not at all mean, right!  I am so thankful that was not the case for us!

Alzheimer’s caregivers often feel enormous stress when their loved one is mean to them; or, engages in difficult behaviors that are hard to understand and accept.

You are reading original content from the Alzheimer’s Reading Room which contains more than 5,000 articles since July, 2009

By Bob DeMarco  the Founder of the Alzheimer’s Reading Room (ARR).

Does this person look mean to you?

The list of difficult behaviors that Alzheimer’s patients express in the mid stage of the disease are long, and sometimes never ending.

It took me 3 years to figure out how to stop my mother from being mean to me. If you read this article and follow the links that explain how I did it, you can do the same thing in a couple of hours.

I couldn’t possibly list all of the mean and nutty behaviors my mother, Dotty, engaged in in those first few years of our life together with Alzheimer’s. The list is just to long.

For this article I am going to focus in on one mean behavior: when my mother repeatedly told me to get out, she didn’t need me, and she could take care of herself.

I’ll start with a few words of advice to caregivers 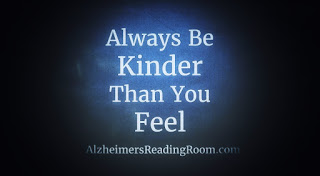 Many of you can probably imagine what it feels like when a person living with dementia tells you – “I don’t need you, get out”.

Or, says something even worse than that.

These mean spirited episodes with my mother went on for years before they stopped. However, I was never deterred by her mean spirited behavior because I made a decision from the very beginning – I am going to put a stop to this.

I told her if she didn’t start accepting my help she would end up in a “home” – that did not work. In fact, it made things much worse.

I tried everything I could think of doing – it did not work.

Finally, I threw the book away and started thinking. And then it happened.

I realized something had to change, and that something was me.

Pretty simple huh? Dotty wasn’t going to change so it was up to me to change. To change the entire dynamic of our relationship.

Shortly after my realization that I had to change, I invented a new place I first called Dotty’s World.

I started asking myself – why? Why does Dotty get so upset? What is happening that is making her upset? Is it me?

Eventually I changed the name of our new world to Alzheimer’s World.

At first, I found that it was difficult to change gears and get into Alzheimer’s World. So, I actually started

taking a giant step to the left when I needed to enter Alzheimer’s World.

To be honest, I couldn’t get there without the step to the left. Just couldn’t.

Next, I started taking notes in a spiral notebook. Every time Dotty would get mean I would write down what was happening before these episodes.

One thing stood out. Every time I left Dotty alone, shortly thereafter, she would get mean.

It became obvious to me that I couldn’t leave Dotty alone. I couldn’t leave her alone for 30 minutes to go to the store. Or, for any other reason. This is pretty common in mid to later stage Alzheimer’s. A person who is deeply forgetful cannot be left alone.

Yes, there were other cataylsts to this mean spirited and often bizarre and crazy behavior.

For example, if I would tell Dotty you can’t do that. Or, if I would correct her and try to explain the errors in her thinking. Or, even if I would stop her from doing something.

Once I made it to Alzheimer’s World

I started looking at the world from Dotty’s point of view.

I looked at the world from her eyes.

Pretty soon I realized that the things that Dotty would do seemed very normal to her. I just looked at her while she did them and pretty much kept my mouth shut.

Pretty quickly, almost overnight in fact, I accepted that the things Dotty did were normal in Alzheimer’s World. So, I stepped to the left to better understand. Amazingly, the amount of stress

I was feeling diminished – it happened immediately.

In Alzheimer’s World instead of getting all bent out of shape, I found myself marveling at the things Dotty would do. The things that Alzheimer’s patients do are often fascinating. After all, their brain works differently that yours and mine. You have to start understanding the brain on Alzheimer’s.

Now to my first major point. When Dotty said,

“Get out, I don’t need you, I can take care of myself” that is not what she meant. What she did mean is: Don’t leave me alone, I’m scared, please don’t put me away in a home.

Yep, she was scared and, like it or not, I was the one causing the fear when I left her alone.

Once I realized that there was a very different meaning to Dotty’s words in Alzheimer’s World, I was able to develop better and better solutions to problems.

In this case, I didn’t leave Dotty alone. But that is not all that I did. When she said “get out”, instead of getting all bent out of shape and reacting back at her, I did the exact opposite. What did I do?

I smiled, walked over to her, put my arm around her, and calmly said, in a clear, low, confident voice,

I’m not going anywhere, we are here together now, and I am going to take care of you.
It took a while, but yes, it finally sunk into her brain.

So I started meeting meanness with an equal and opposite reaction – kindness. Kindness, compassion, and understanding.

This is how you learn to cope with Alzheimer’s. Understand, cope, communicate.

By the way, Dotty stopped telling me to get out. The few times she did tell me to get out I actually laughed. This helped me to realize how far I had come as a caregiver. Instead of enormous stress, I felt calm and comfortable.

Once your incorporate these ideas into your life you will find that many of the things that are driving you crazy are normal in Alzheimer’s World. The amount of stress you are feeling will be greatly diminished by your new understanding of your loved one.

Here is the best part. Your loved one will begin to cooperate. So instead of feeling like they are the enemy, you will start to become good friends.

The bottom line – it is up to you. Wouldn’t you rather live a more happy life while caring? Wouldn’t you like to bring the highest quality of life possible to your loved one?

When Dementia Patients Say Mean Things, What Can You Do?

The Effect of Emotional Super Glue in Alzheimer’s Care

How Do You Get an Alzheimer’s Patient to Cooperate

Dementia Patients Can Deceive Others to the Distress of Their Caregiver

How to Listen to an Alzheimer’s Patient (Support Podcast Health) 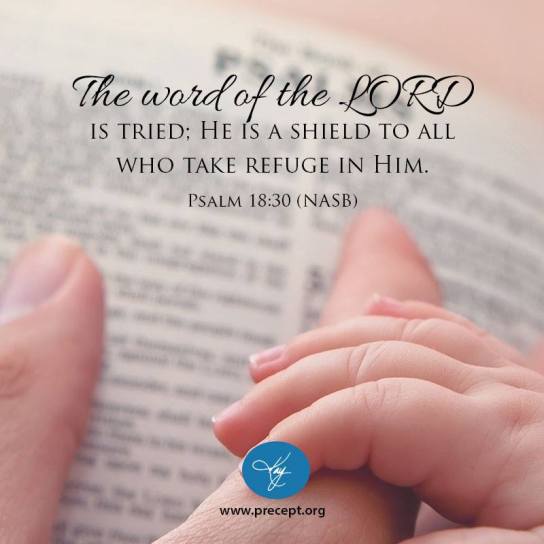