Wednesday, October 10, 2018 – Here’s another lesson we’ve learned in our renting out Dora experience.  Renting can put lots of mileage on the motor home. When we purchased Dora she had approximately 9,000 miles on her.  When we started renting out Dora she had 38,789.  That means that in five years of traveling Roy and I put 29,789 miles on her.  The amount of mileage that Dora now has on her is 50,780.  That means that in four months of rentals she had approximately 20,000 miles put on her. We’ve reduced the number of free daily miles from 250 to 150 because of this lesson learned.  Also, hoping to compensate the renters for the time they lost from their vacation, we also gave away a lot off free miles.

We gave away several free days to two couples for the same reason.

Trying to make up for the problems our renters had has cost us a good bit in mileage, free days and generator hours.

Okay, on to the second renters.  They were a couple who went with Dora up to the uppermost north east portion of our beautiful country. Their trip was about 16 days long.  I really don’t remember how soon after they left that Dora started acting up.  Roy and the husband had many phone calls about the toilet backing up.

Those who are not familiar with RV toilets and black tanks here’s the first thing that happened.  When you poop you HAVE TO add water to the toilet bowl before and after the poop so it doesn’t land right at the bottom of the pipe in the tank.  If that is not done repeatedly and if like people do like they CAN do in a house which is use a lot of toilet paper you have a pipe that is eventually filled with paper, poop, paper, poop, paper,poop.  Then some one screams out of the bathroom, the toilet won’t flush.  Even if the black tank is emptied and flushed, the column of poop and paper has gotten hard and you think you emptied and flushed but you didn’t affect the column of paper and poop.  The first calls from those renters were about that and they finally got it to go away.  Seems it started when the first renters had her and even though we thought it emptied (you cannot see inside the tank) and we put water in it to finish the cleaning, we didn’t know it had done no good. Over the first few days of this 16 day rental the renters had to purchase some tools and other things to fix the poop problem and the next problem.

The next problem lasted for a few days.  The kitchen sink, the bathroom sink, the bedroom sink were all backing up and these renters were greatly inconvenienced.  GREATLY!  They tried their best to fix the problem themselves, buying unstopping merchandise and tools.  While they were working on it from their end, we were searching frantically for a Mobile RV Repair service in their area.   The renters were traveling towards Pennsylvania each day so when they settled down in an RV park we called that RV park’s office to get repair service recommendations and we called everyone in that area we could find.  Some services couldn’t come out for a few days. We were so frustrated at not being able to fix it ourselves or get someone to them quickly.

We F I N A L L Y found a wonderful man, John LeFevre, at LeFevre’s Mobile RV Service from Quarryville, Pennsylvania.  John came out the afternoon we had called him in the morning.  He did a lot of checking and work over a few hours.  The end result was that there was a clogged pipe in one of the walls.  The most awful things were in that clog.  He cut a big chunk of the pipe out of the wall and replaced it with nice clean unclogged pipe!  We started about two years ago using these little wire strainers in the sink hole to capture things from going down the drain since there isn’t a garbage disposal.  That didn’t stop small amounts of butter or grease from going down the drain and joining the clogged “stuff”. Over the 13 years of Dora’s life it all built up, sadly I’m sure we contributed ourselves to the clog over the years.  We just never had the “indications” they did.  Sometimes the drain would drain a little slow but that always went away for us.  It didn’t go away for our renters and became a huge nightmare for them.

I cannot imagine what it was like for the second renters to go through all that.  Once the initial disasters were behind them their trip was amazing and they saw so many magnificent things along our countries east coast and then back down to Louisiana.

Then the finishing disaster for their trip was when the driver’s side slide out would not come in.  It’s motorized and usually just takes the push of a button to bring it in.  The renters were leaving the RV Resort they stayed in and needed the slide to be in before they could get on the road.  Roy got “that call” about the slide.  He asked them to get some people to help push it in manually while they pushed the button inside.  Once the slide was in Roy asked them not to use it again for the rest of the trip which was just a couple of days.  When Dora came home the slide worked fine but we had already purchased an expensive slide motor and Roy changed it as a precaution.

In summary, between the poop buildup and the sink plumbing clog the first few days were stinky, smelly, gross days for these renters.  Roy could have handled all this if we were there but we were so far away we had to pay someone to do the “dirty deed.” We gave the renters extra days on the rental, offered to pay for everything related to the problems plus a wine bottle opener they wanted!  We did not charge them any overage fees for the miles they drove above our free miles (and this was back when we were giving 250 miles a day free) and right now I can’t remember if there were more things we provided.

This couple own a business and as business owners they wanted to help us improve the experience that future renters had.  They left a list of a few suggestions and a couple of minor items that needed to be fixed.  We appreciated their recommendations and were able to implement almost all of the suggestions and Roy got all of the items on the “to be fixed” list completely taken care of.

The two week rental that cancelled because of the first renters accident would have been the next rental.  Because they cancelled we were able to get Dora into the shop at Dixie RV for the first of her repairs.  The majority of the damage was all along the passengers side.  That is beautiful now!

The rest of the repairs will be done when she has some more down time. I am writing this while the fifth renters have her so we know now that she’ll go into the shop on September 6th and stay until everything is finished, we hope!  Note: This was written a few weeks ago and since that time no she hasn’t been completely finished.  Today is Tuesday, October 9th and we are going to pick her up from Dixie RV this evening for what we believe will be the last time, wrapping up the work from the accident.

The second two week rental that cancelled had a very understandable reason and they were able eventually to re-book for the same two weeks plus that they originally booked.  We originally met that couple several weeks before when they came to check Dora out.  We visited with them long after the Dora tour was over and found we had many, many things in common and left that day knowing we’d made new friends!

I can see now I’ll have to write about Dora’s travels much sooner after they occur because there is so much I’ve forgotten.  Next up will be the couple I just called new friends.  Their time with Dora didn’t start off great either.  She again acted up, causing them much distress and trying to break our bank. 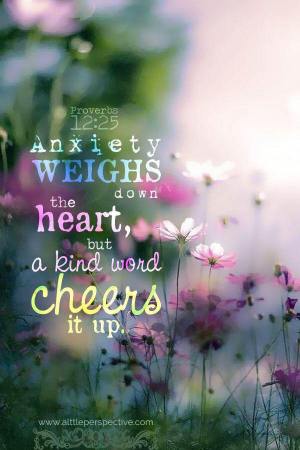