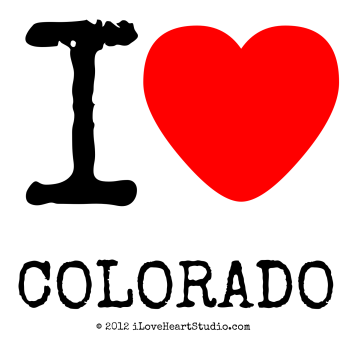 Roy and I loved Colorado so much that we spent a month there in 2015 and two weeks in 2017. I’ll be sharing what all we saw and enjoyed doing in Colorado next time but this time it’s all Pike’s Peak!!

This beautiful mountain quickly became one of our most remembered adventures. During our life in our motorhome living on the road, everything was an adventure for these old folks and we loved it!

The elevation at the peak of the mountain is 14,110 feet. That is the very highest elevation we’ve ever gone to. I was a bit worried about altitude sickness but we followed the guidelines for ascending to that elevation and we did well! Us little Louisiana folks from the flatlands were deeply moved by the mountains, clouds, snow, boulders and pine trees that we saw on our 19 miles drive up to Pike’s Peak.

On our way up we began seeing patches of snow and this is when I began squealing with glee!

More and more snow as we got further up. Seeing the winding roads as we looked over the edge was awesome!

Yes they put the roads right on the edge. Makes for

This is the official Pike’s Peak picture op location! People were so kind to each other offering to take each couple’s photos there. We took the photos for the new folks behind us. I was just thinking that this was 7 years ago, we were just babies!

This is the official Pike’s Peak picture op location! I was just thinking that this was 7 years ago, we were just babies!

When we reached the Summit of Pike’s Peak we were well above the clouds which you can see in the pictures below. We are also above many of the surrounding mountains with snow on top. Going from looking up at mountains to being above the mountains looking down is such a change in perspectives, it’s exhilarating!

At the Summit, we also ventured out at a different spot, as close to the edge as we could like two crazy old folks. This involved walking through snow and rocks (large and small) to get there. The views were amazing even with clouds covering some of the area. We were the only folks there for much of the time which was nice. The young folks we did see were just be-bopping along over the rocks and through the snow

It might be the light air up there but I was fearless up there and even wound up face down in the snow at one point!

Roy carved our last name, C H A U V I N, into the lower portion of the snow on the side of the road! Enlarge the photo and you can see it better!

This was sweetest beautiful area tucked in on the side of the road going down the mountain. If it wasn’t for the freezing cold it would have been a lovely place for a picnic!

The air became full of fog and moisture on the way down. It was hard to see but we made it! Near the bottom, there is a pullover site where they check the temperature of your breaks so you know if you should pull over and let them cool down for a while. 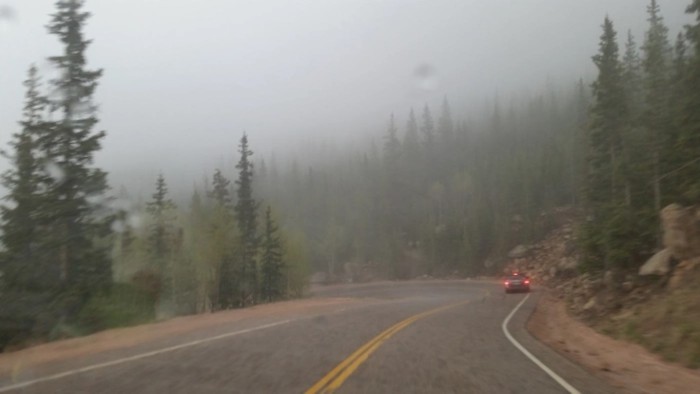 Since Roy drove up and down the mountain the day before, he really didn’t get to see all the amazing sights so one day after the first visit we took the Pike’s Peak COG Railway. No driving for Roy and clear skies this trip! We saw very different things on the train ride. It was fun though and less stressful than worrying about our brakes burning up going up and down the mountain. 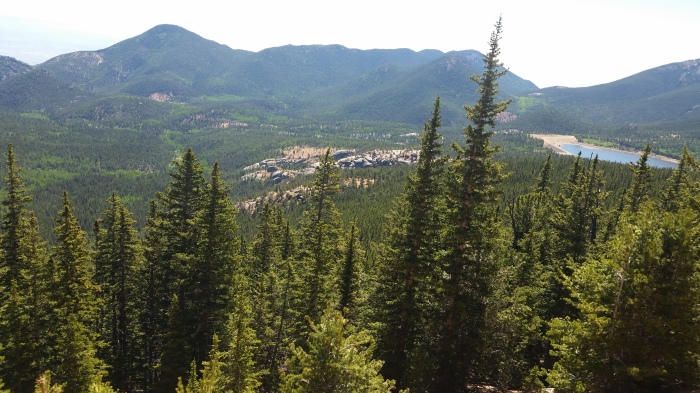 In September 2017 we went back to Colorado and got to experience Pike’s Peak at a different time of year. This time there was no snow on the way up and when we reached the Peak. I recommend going in June like we did in 2015. Mountains are always beautiful but once you’ve experienced being at the Peak with snow all around that’s the best there is! 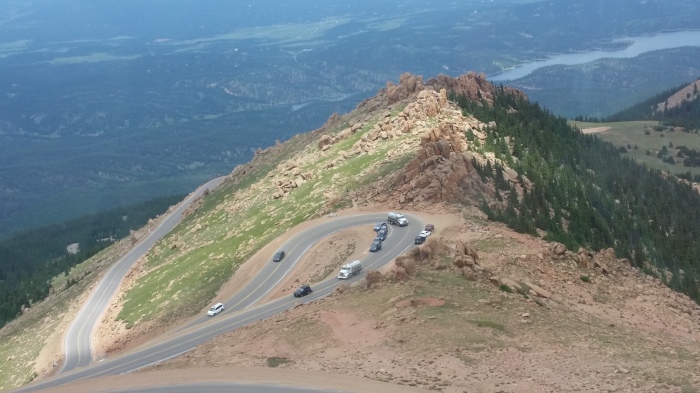 After eating a couple of their World Famous Donuts the last time we visited we planned to have some this time also! This is the only place in the world where you can get donuts (and hot chocolate) at this altitude, over 14,000 feet.  I went a bit nuts and bought 4 of them for $20, gulp, yes gulp!

It is still awe-inspiring to look down on the clouds from Pike’s Peak!

Feeling like we were on top of the world was a mighty powerful experience. We were bubbly happy getting to experience that! I hope you will make a point of visiting Pike’s Peak to see in person what all we loved about this unusual part of America!

Be still my heart, I love God’s mountains! 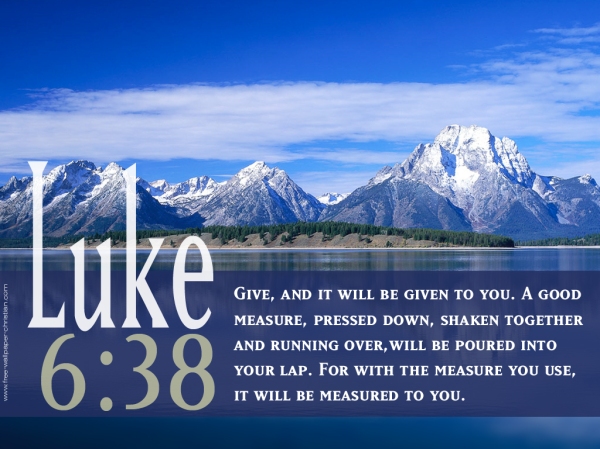