If you’ve never decoupaged before you need to know the basics that go before the actual creation of a project.  Here’s a link to that information:  DECOUPAGING BASICS

Rock decoupaging is something I really like and I’ve found it easy to do.  This will not be nearly as long as the wine bottle decoupaging blog post. There is only one way I do that so there is less to share!

First always paint the rock white or cream and let it dry. Apply a second coat of a paint color that matches the background on the napkin if needed.

Always separate the layers of the napkin and only use the top layer. If using tissue paper or magazine cut-outs there is no layer separating needed. This napkin was purchased at Dollar Tree yesterday.  They have several different designed napkins available throughout the store. I wanted this one just so I could cut out the butterflies! 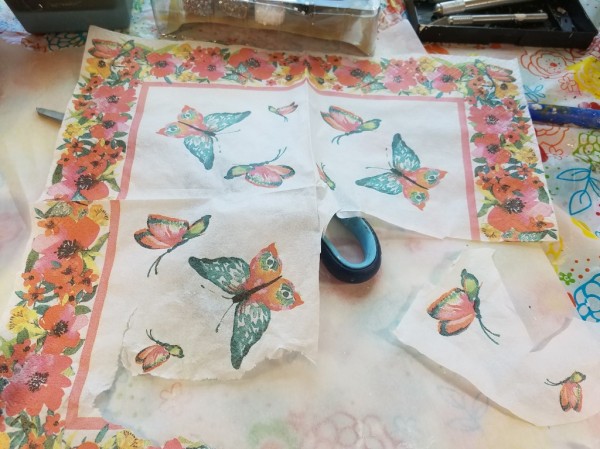 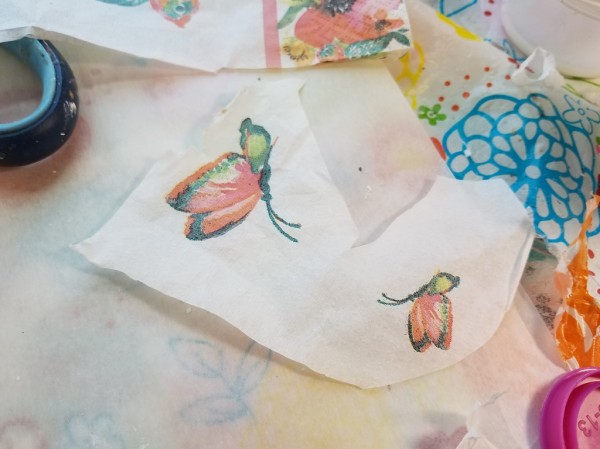 Put mod podge on the rock where the napkin will go. Apply the cut out of the napkin on top of the mod podge. Spread from the inside to the outside with your fingers (very gently) or use a ball of glad wrap to gently put the napkin cut out in place. If you don’t have the mod podge everywhere the napkin needs to adhere just put some mod podge either under the raised napkin or on top. Whichever works best for you. 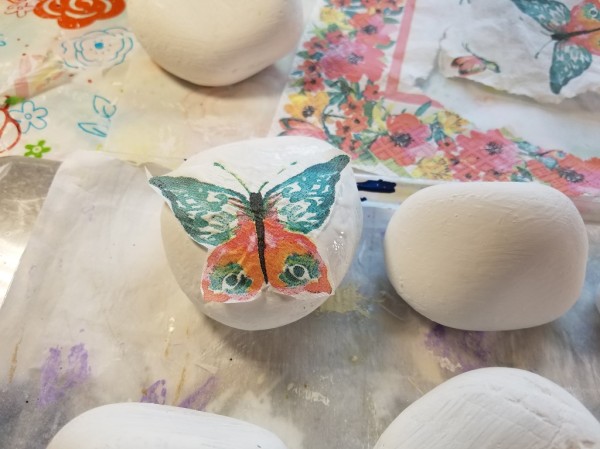 I always put my label on the back and write an inspirational message for whoever finds it.

These next napkins were picked out by my friend Cindy LeBlance from Tuesday Morning in Hammond. We split the packages of napkins and they were all beautiful. She has such good taste I knew she’d pick out all the right ones!

The butterfly below has a group of canes behind it that I kept there instead of cutting off the cane. I only put mod podge behind the butterfly at first and smoothed it out. Then added the mod podge you see there and smoothed out the piece of the napkin over it. 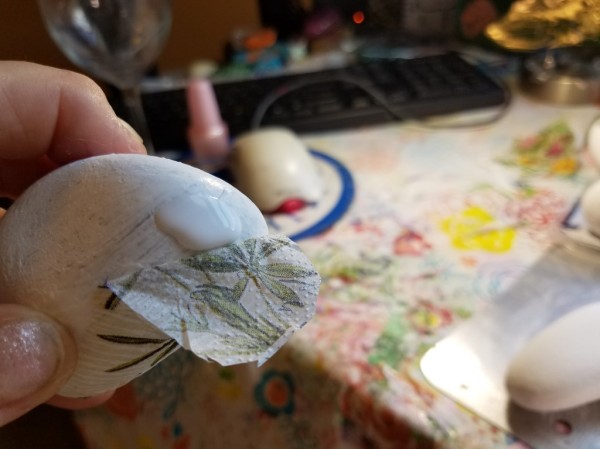 This is the napkin I cut the butterfly and canes from to make the decoupaged napkin above. There is so much potential in this one napkin.

I love this new napkin that I cut the flowers out of to decoupage this rock. You can see the finished rock with all the others I did this week in the photo near the bottom of this post.

The finished decoupaged rock made from the napkin in the photo below this one. 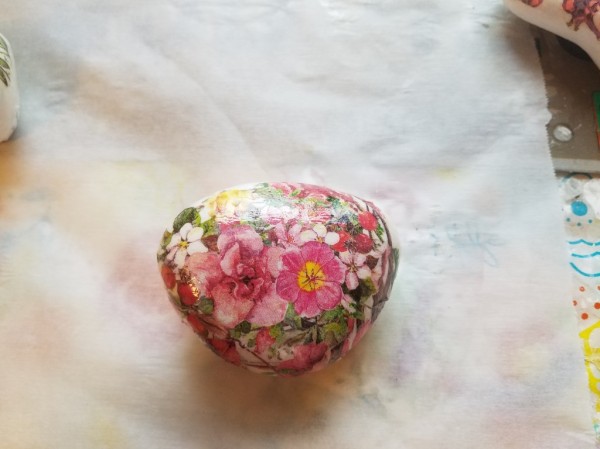 You can create several different looking decoupaged from this one napkin. I love that!

This napkin was used to create the two decoupaged rocks on the left and the one on the very right in the photo below this one.

These six were done this week and include the three shown above. Painting the background white and using a napkin with a white background makes these rocks look great!

I use different size labels pasted on the back of each rock depending on the size of the rock. And similar but different Christian or inspirational messages were written on the back.  You can decoupage rocks without the labels and messages but I love it when someone finds and rock and tells me how much they were touched or affected by that.  You are free to write on the back of your rock something that brings them to post a picture on Rosie Rocks Facebook Group so you can see who found it. I just ask that you not put anything negative or hateful on the back. I love to bring joy to someone’s life not the opposite! 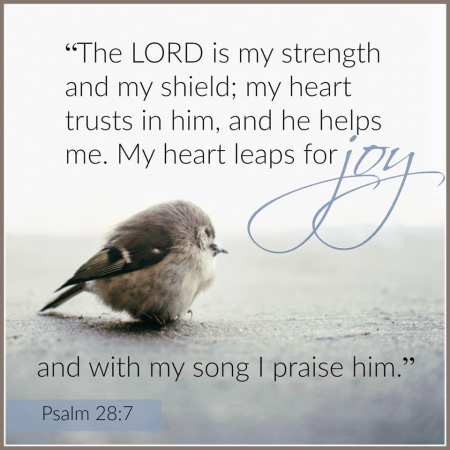