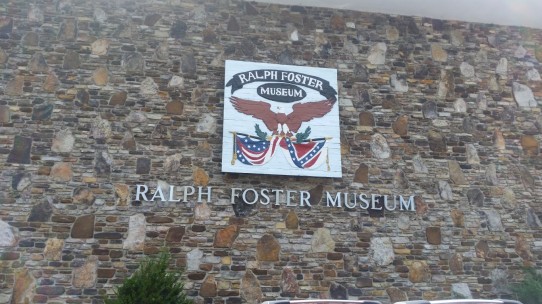 The primary focus of the Ralph Foster Museum is to collect, preserve, interpret and exhibit items relating to the Ozarks region. One of the more famous exhibits is the original vehicle used in the television series “The Beverly Hillbillies.” 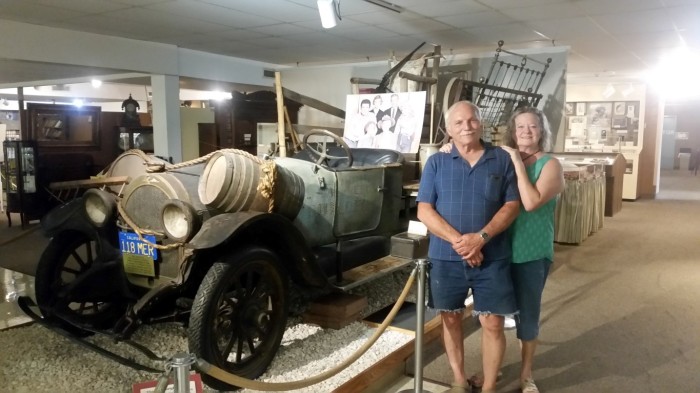 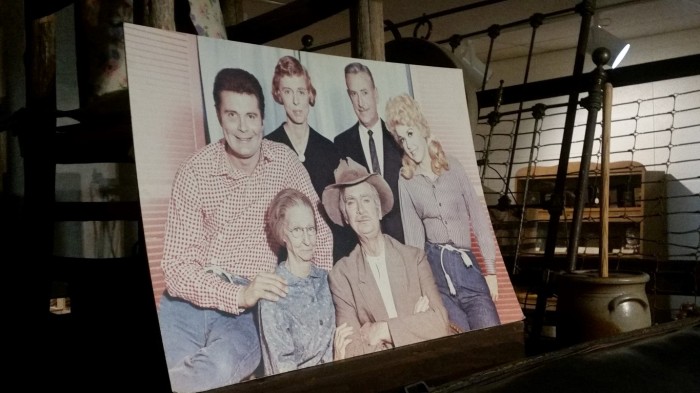 In addition, visitors will find antiques, weapons, dolls, natural history and other items from around the world. There are three very large floors of exhibits but I’m only going to share those that got our attention.  First was a lot of stuffed mountain animals.

Help He’s Getting Me!!

This is a real elephant ear that is painted on.  Roy says that’s what I should take up now instead of painting rocks!!

Not LSU’s Mike the Tiger but a really cool guy!

Time Recorder invented in 1888.  To record an employees starting and stopping time, they positioned a pivoted pointer arm around to their own number, and pressed it into a guide hole thereby printing the exact time next to their number onto a shehet of paper on the inside and ringing a bell with each punch. This time recorder does not have its pivoted pointer arm. 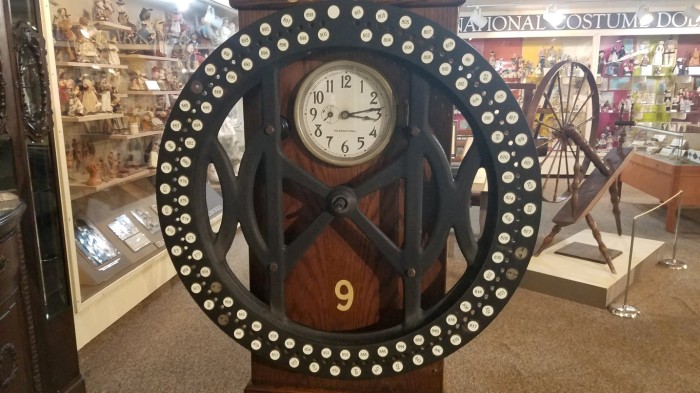 Doctors office from the past.  It looks like one from my younger days – oh my how old I am. 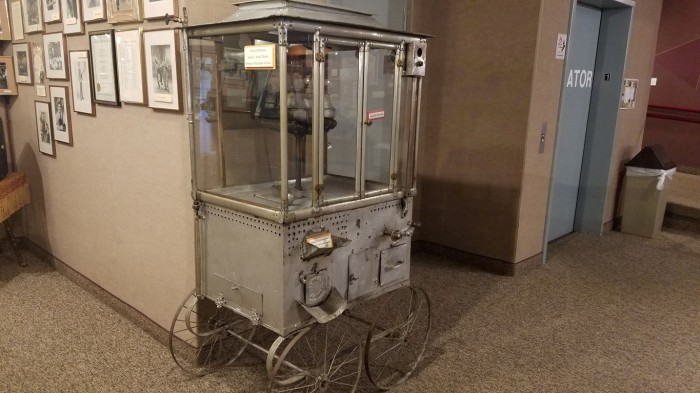 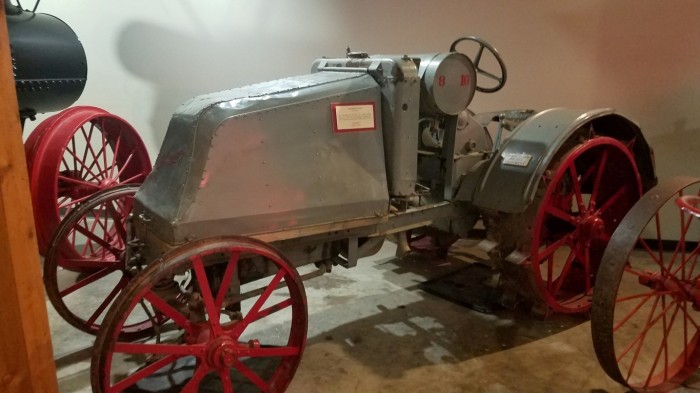 There was so much to see on all three floors.  What an amazing museum on this so cool college campus!

As we were leaving I hid these rocks outside of the museum  I’ve started adding a typed note to the bottom of each rock asking them to post a picture of it on RVing Rocks which is a Facebook Group.  The second one below was found and the finder posted a picture!  It is so neat to see how happy kids are when they find a rock!

This is the note I glue to the back.  I created notes in various sizes because there are big rocks and then there are much smaller rocks!  This picture is the back of the second photo above was which was hidden at Ralph Foster Museum.  Julie posted this pic and said: Found this rock at College of the Ozarks near Branson, MO. At first she posted a photo of her son holding it up with the front of the rock showing.  She must have decided not to post her sons photo so she switched it out with this one. 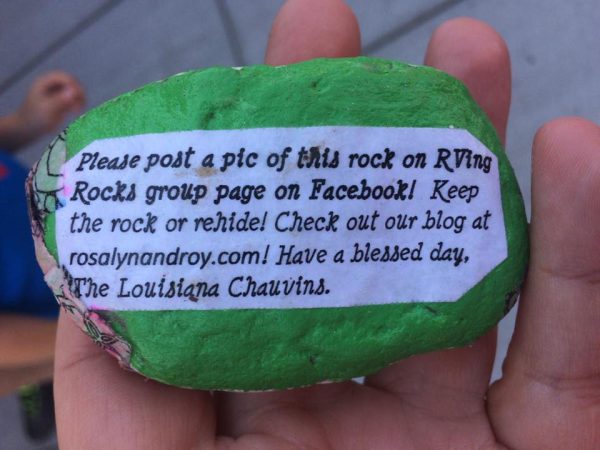 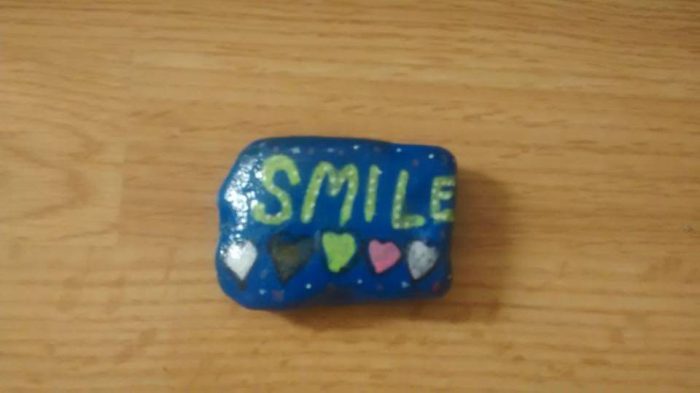 This one was found at Dixie Stampede.  Susie said on Facebook:  My granddaughter was SO excited to find her first rock at Dixie Stampede! I had just introduced her to rocking this week! Thank you!

This one was found at:  Ashley said on Facebook:  Found this gem at the post office in Branson, Missouri yesterday and it looks like it has traveled all the way from Louisiana! I couldn’t think of a better place to rehome it than my local Post Office in Bixby, OK! 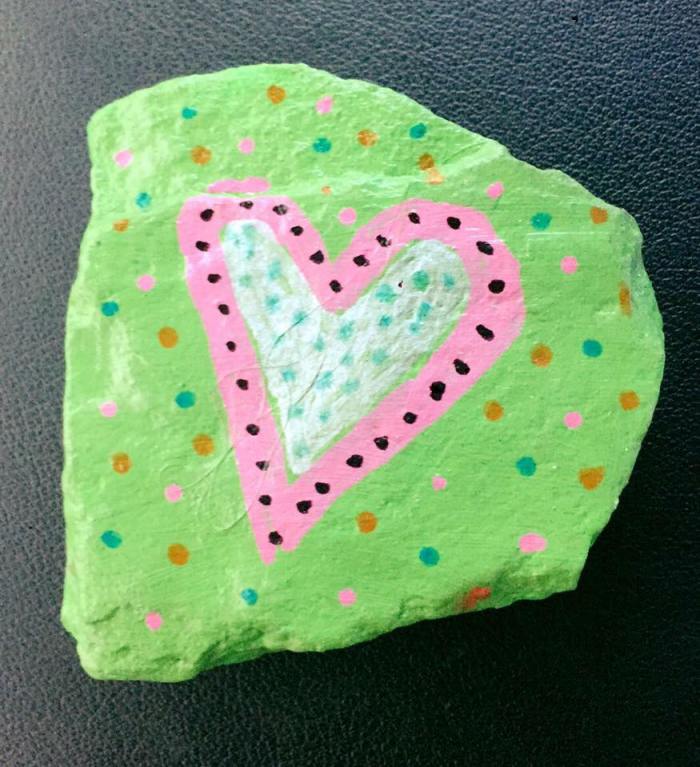 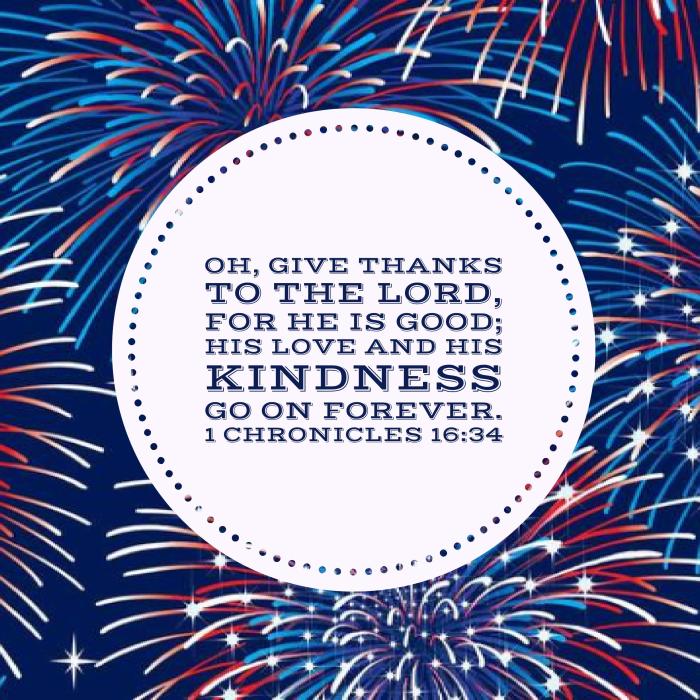